Impacts of CSG depressurisation on the Great Artesian Basin flux

This research aims to improve the understanding of the GAB groundwater flow in the Pilliga region through integration of existing information from models, hydrochemical data and environmental tracers.

The outcome of this project is an assessment of potential changes in GAB groundwater flux (flow volumes) as a result of CSG development using state of the art uncertainty analysis and modelling. 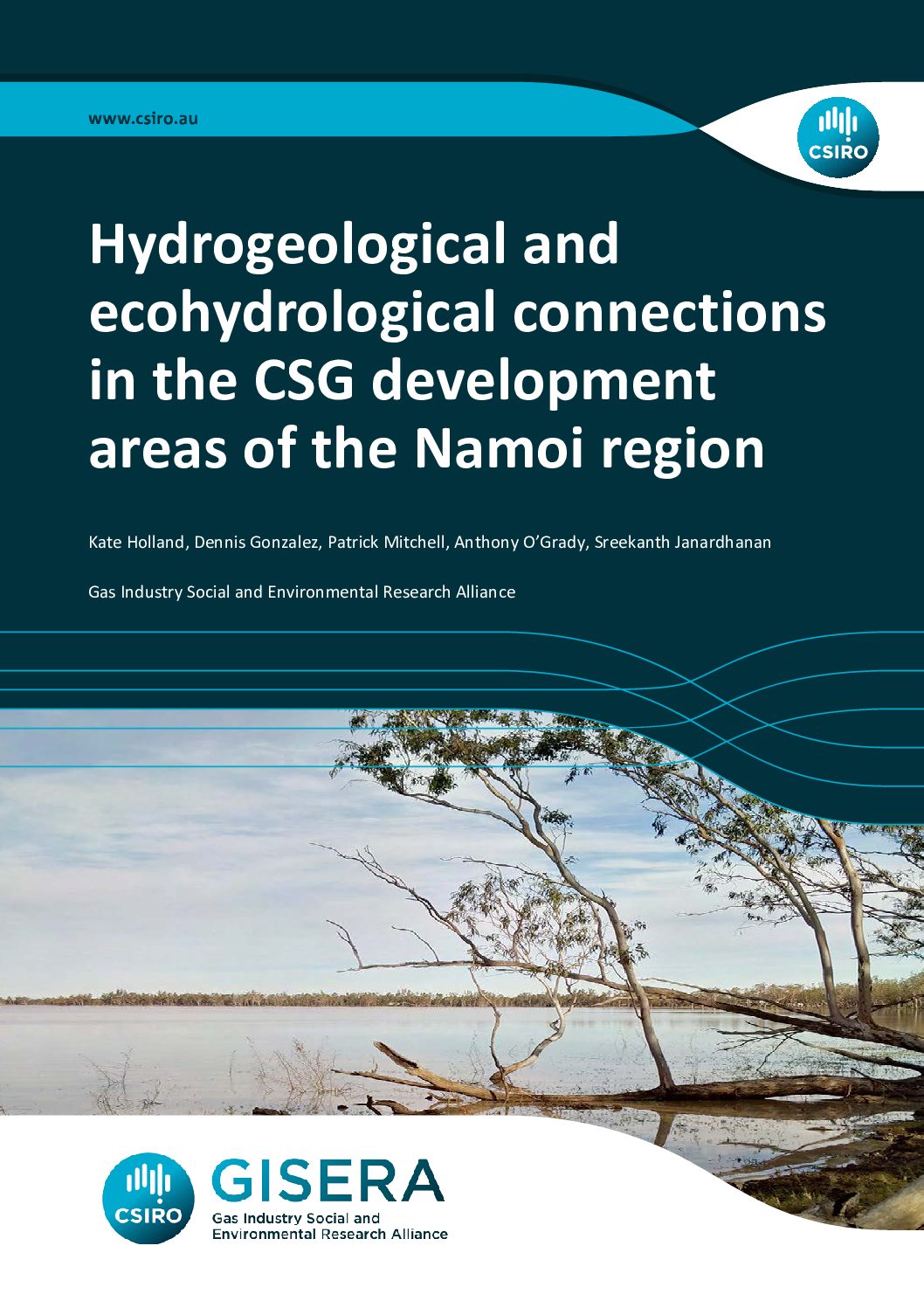 This report helps to improve understanding of groundwater dependent ecosystems such as springs, waterways and remnant rainforest in the Namoi region in relation to potential CSG development. 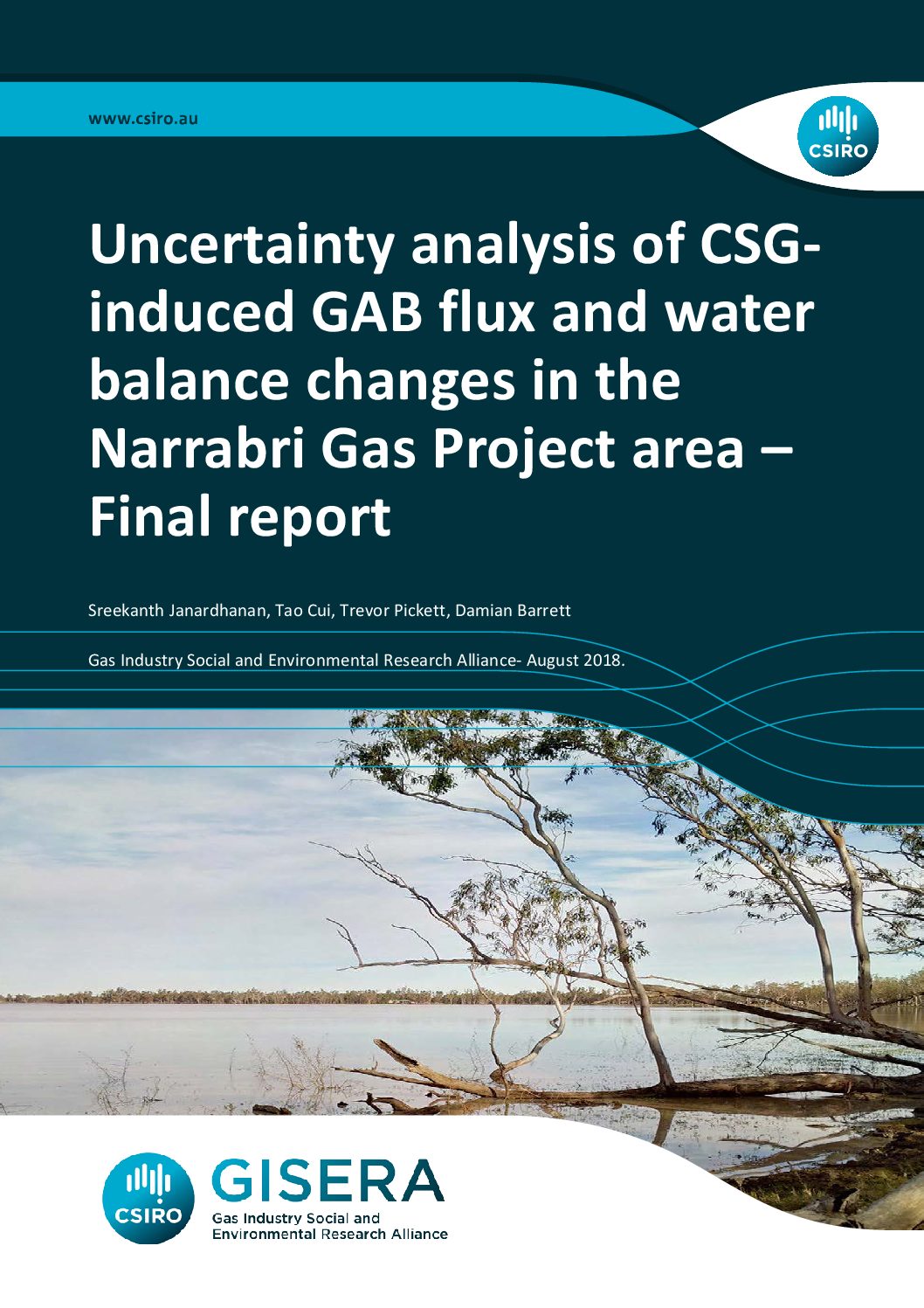 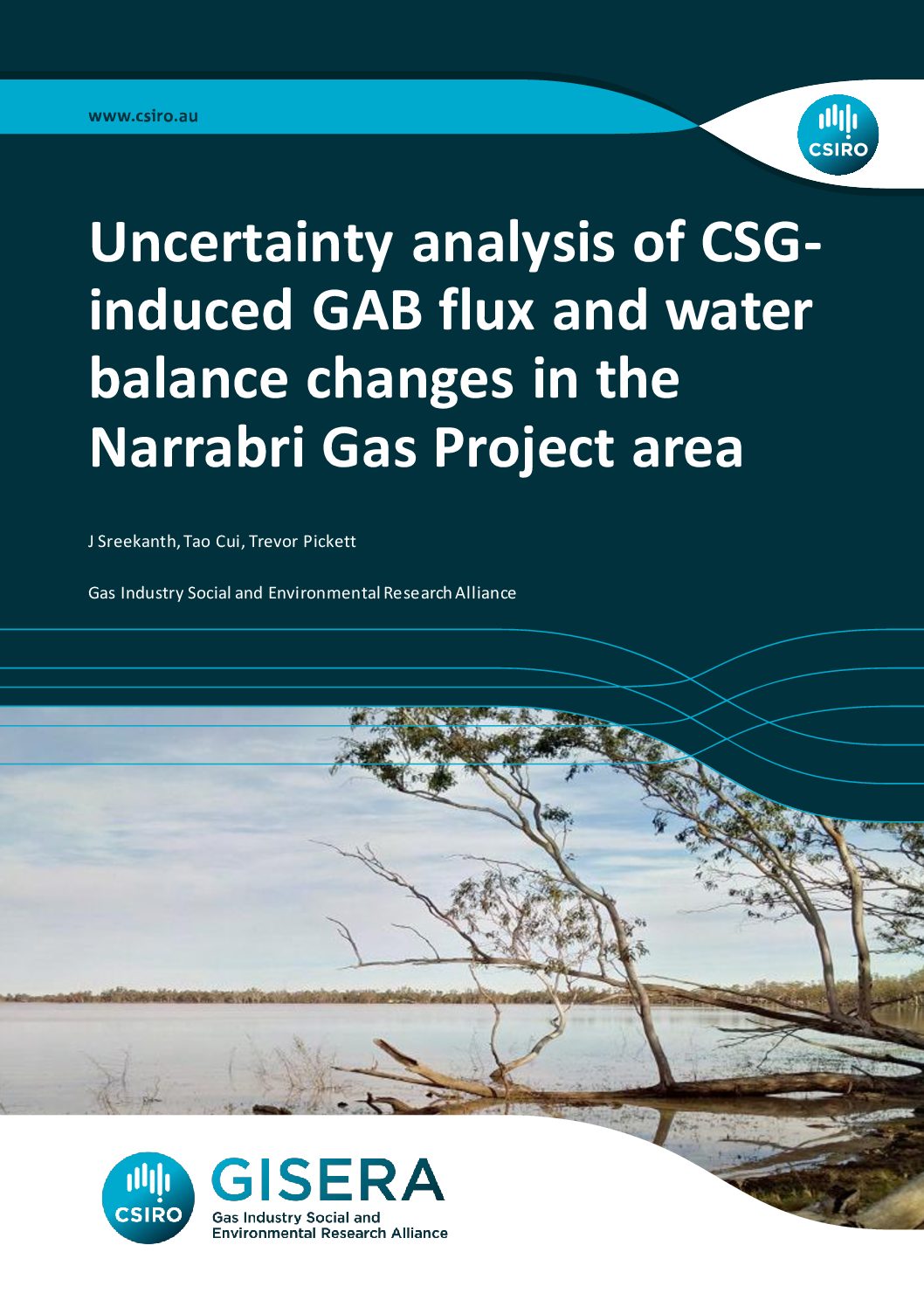 Ongoing studies should improve the understanding of recharge and aquifer connectivity and refine the model predictions of water impacts to water resources in the Namoi region.

This research aims to improve understanding of regional hydrogeological groundwater dynamics in the Narrabri region of NSW,including recharge processes, aquifer interactions and the role of geological structures. Existing hydrochemical and environmental tracer data were compiled and used to assess regional scale recharge processes and hydrochemical evolution along groundwater flow paths from the recharge area of the Pilliga Sandstone aquifer to the deeper parts of the Surat Basin. 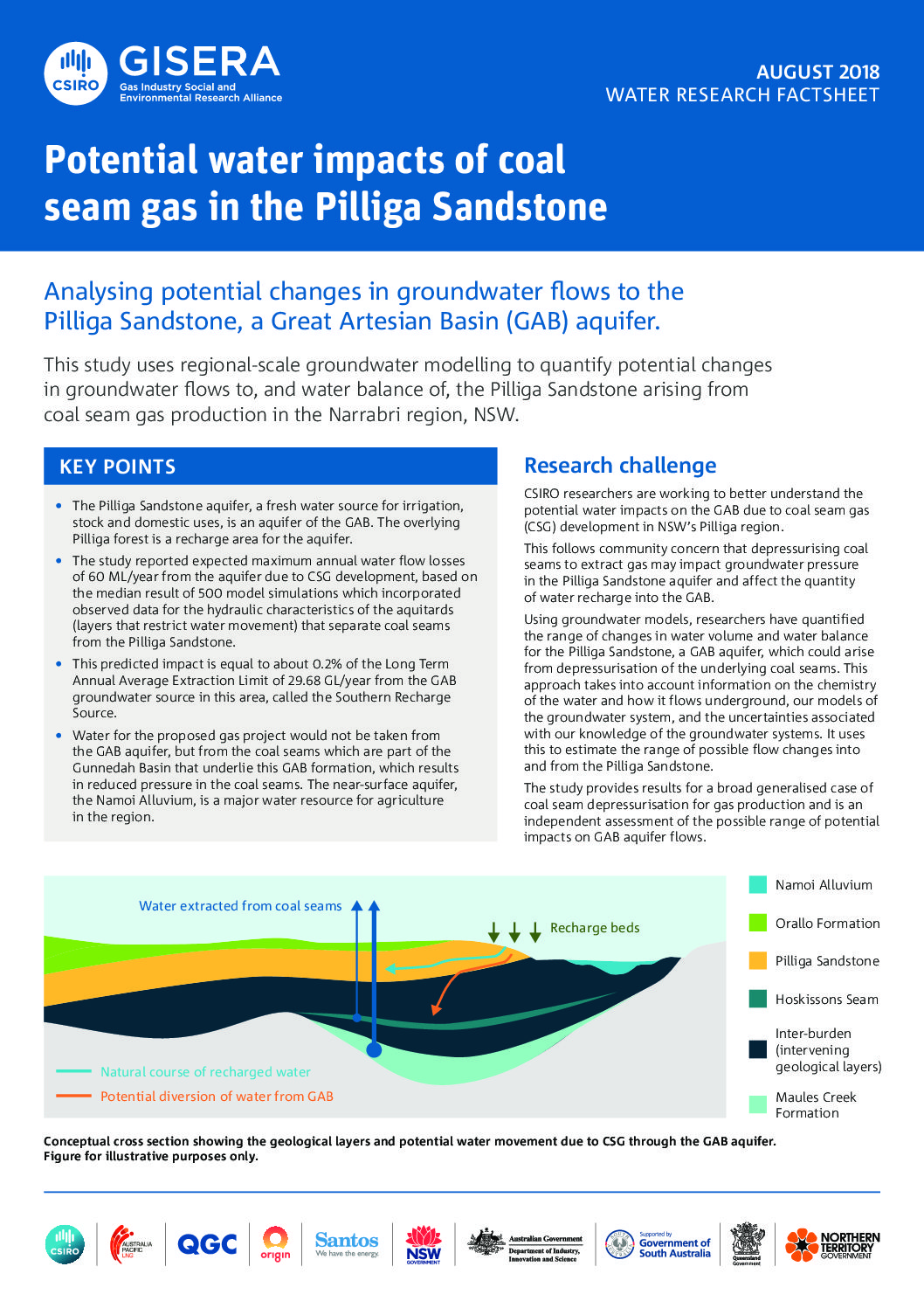 This factsheet highlights outcomes of a regional-scale groundwater modelling project which quantifies potential changes in groundwater flows to, and water balance of, the Pilliga Sandstone arising from coal seam gas production in the Narrabri region of New South Wales. 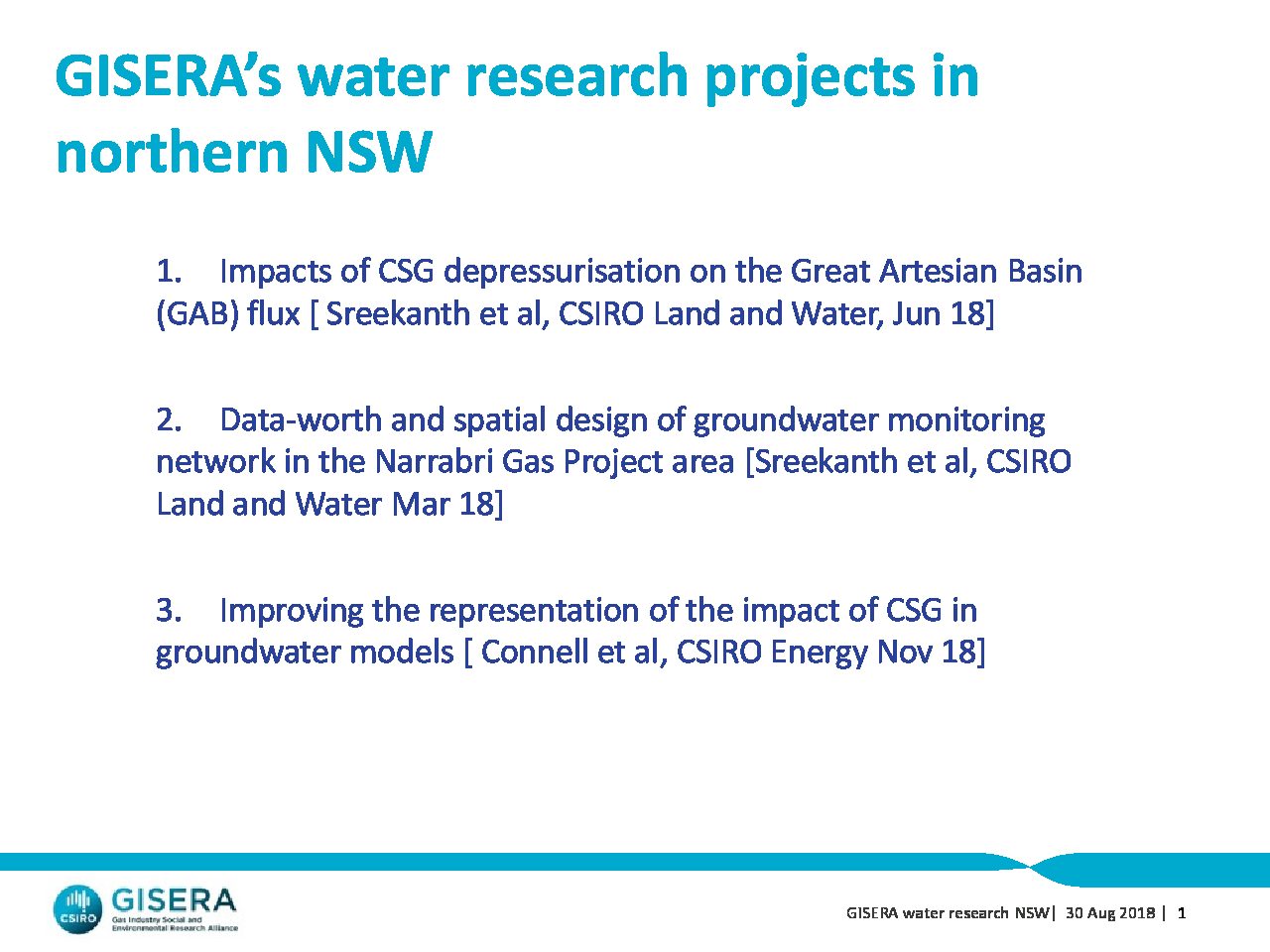 The outcomes of the project were presented at a knowledge transfer session held in August 2018. 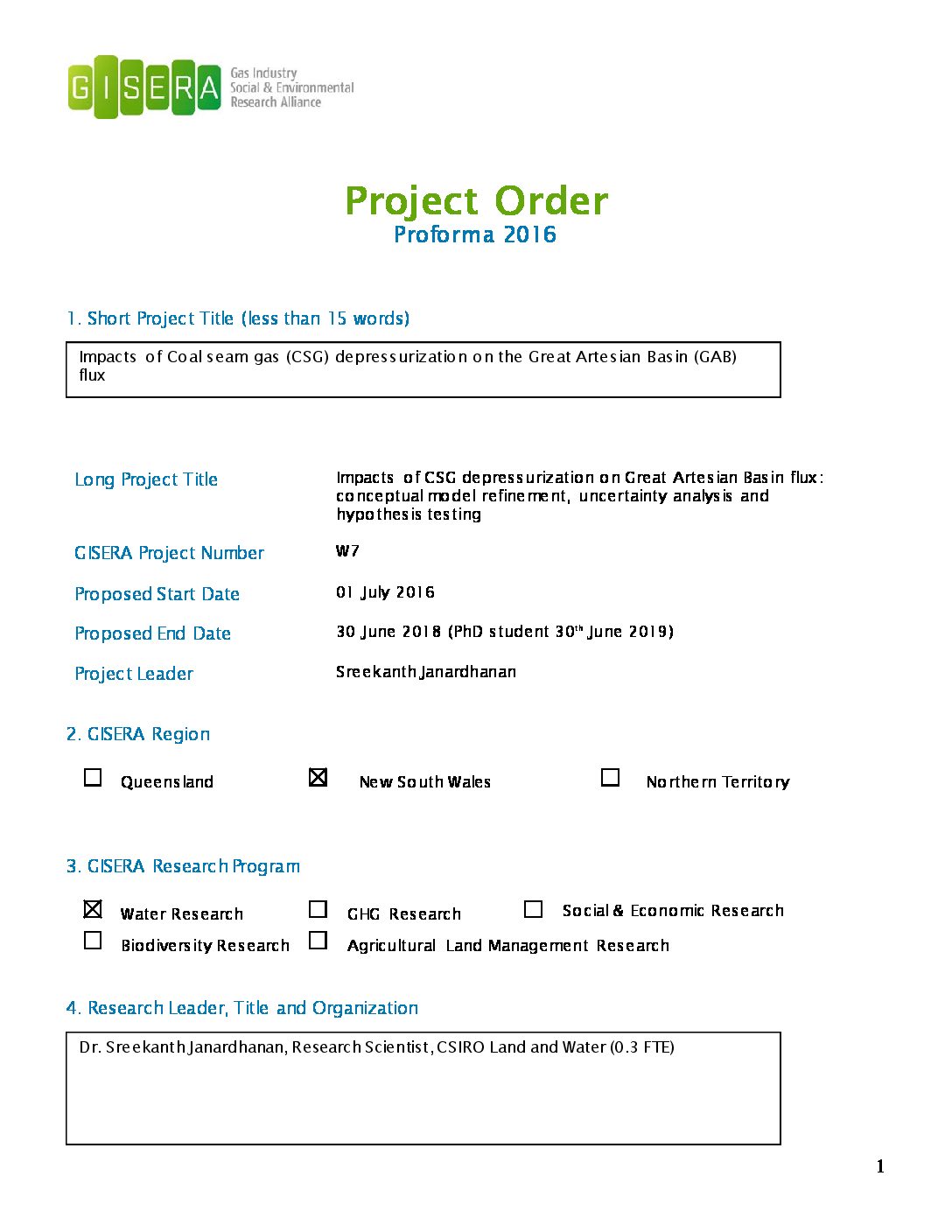 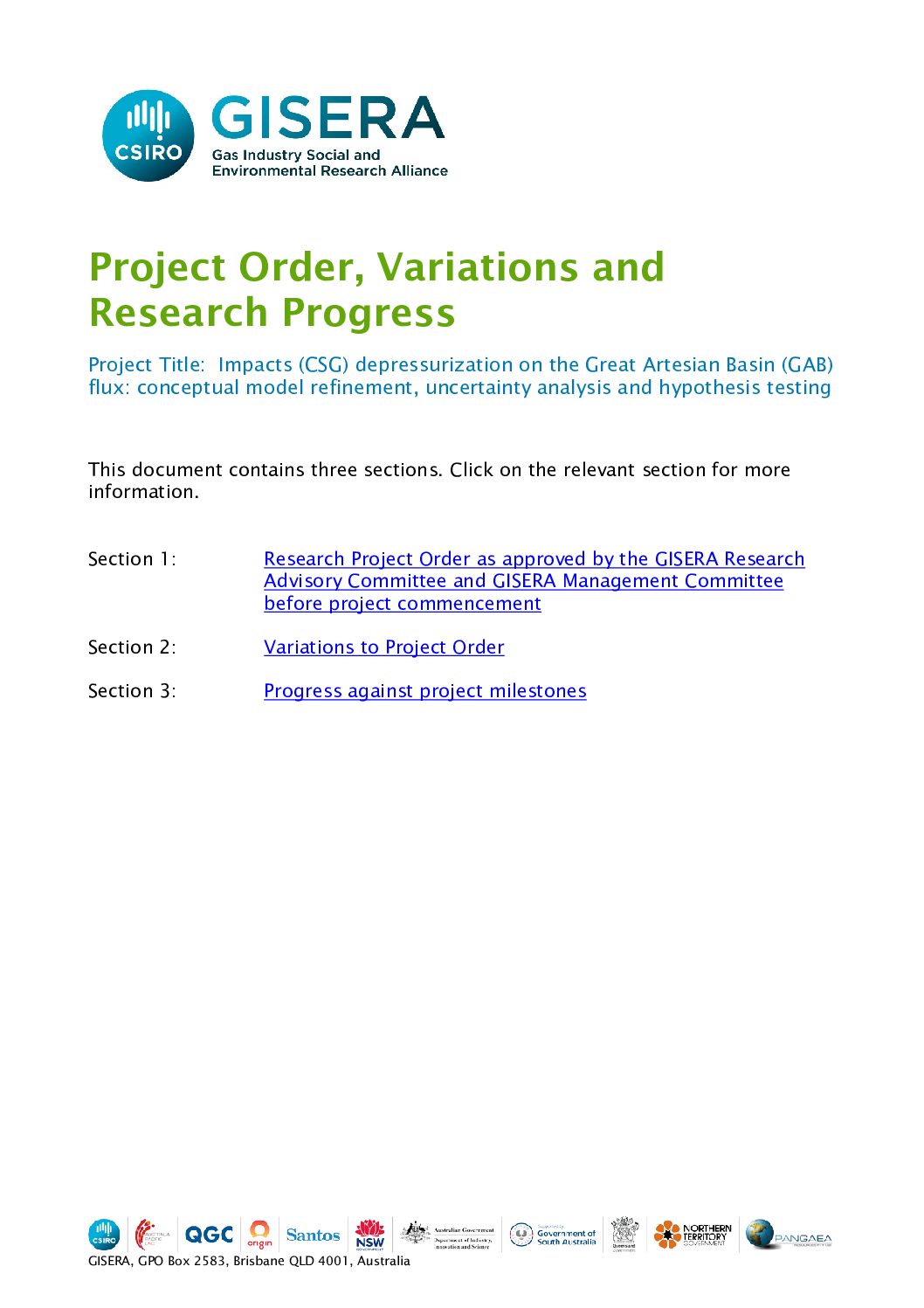