This project analysed whole of life GHG emissions, including extraction, transportation and usage of CSG in the Surat Basin.

The analysis includes domestic and offshore usage of the gas including for electricity generation in Asia. The project will provide assessments of benefits and risks related to the extraction, transport and usage of gas in terms of their GHG emission footprint.

Results of this research build on previous CSIRO studies to help build a more comprehensive and accurate picture of fugitive methane and other greenhouse gases associated with the unconventional onshore gas industry in Australia.

Watch this short animation to learn more about what the latest CSIRO research is telling us about fugitive emissions from the Queensland coal seam gas to liquefied natural gas industry. 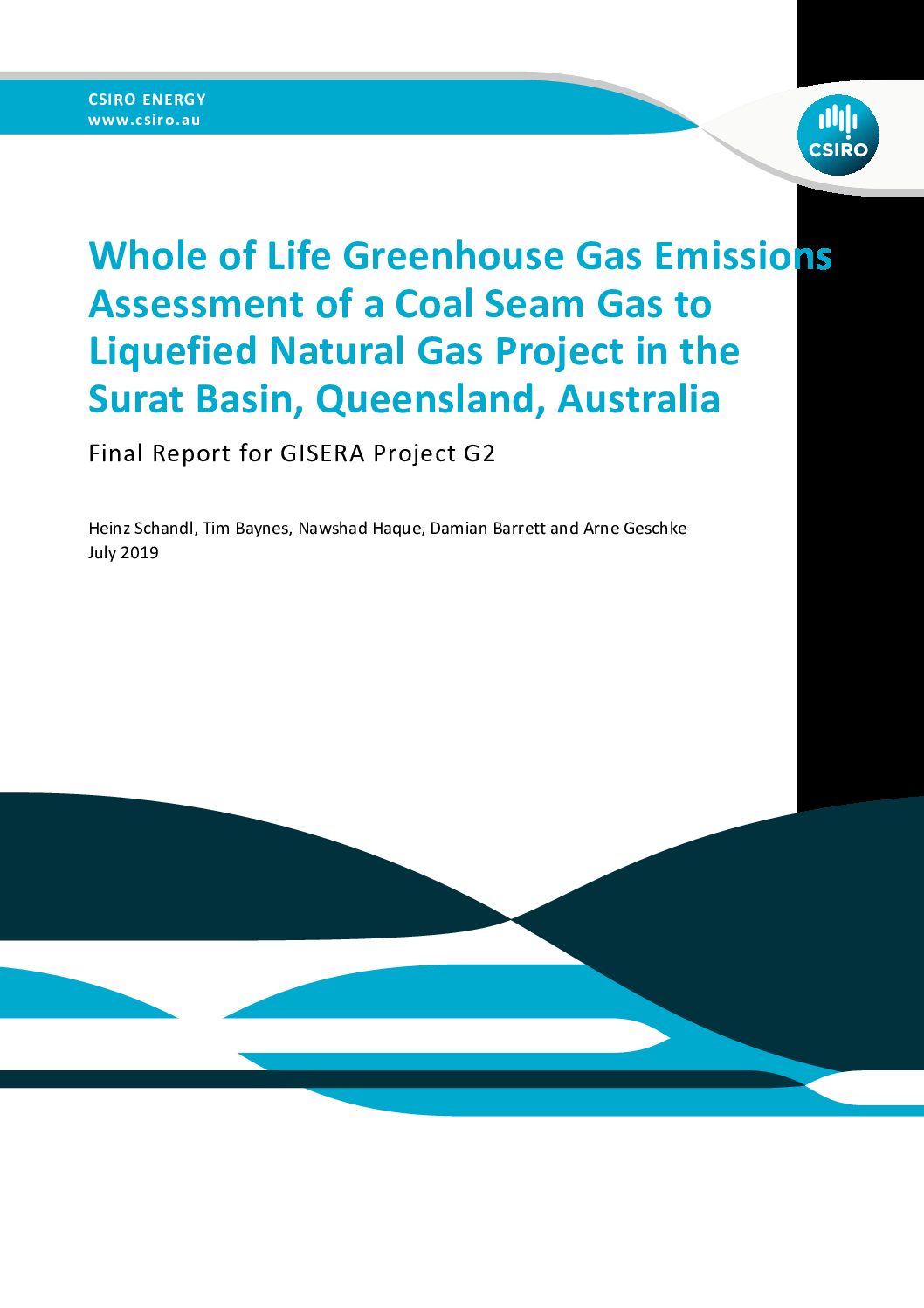 This final report assesses greenhouse gas emissions of a coal seam gas (CSG) to liquefied natural gas (LNG) project in Queensland, and the relative climate benefits of using Queensland natural gas in place of thermal coal as fuel for generation of electricity in Australia.

Report results align with other CSIRO research in this region, contribute to a more comprehensive understanding fugitive methane and other greenhouse gas emissions associated with Queensland CSG-LNG activity, and assist in the development of appropriate policy and management responses to ongoing and proposed industry activity. 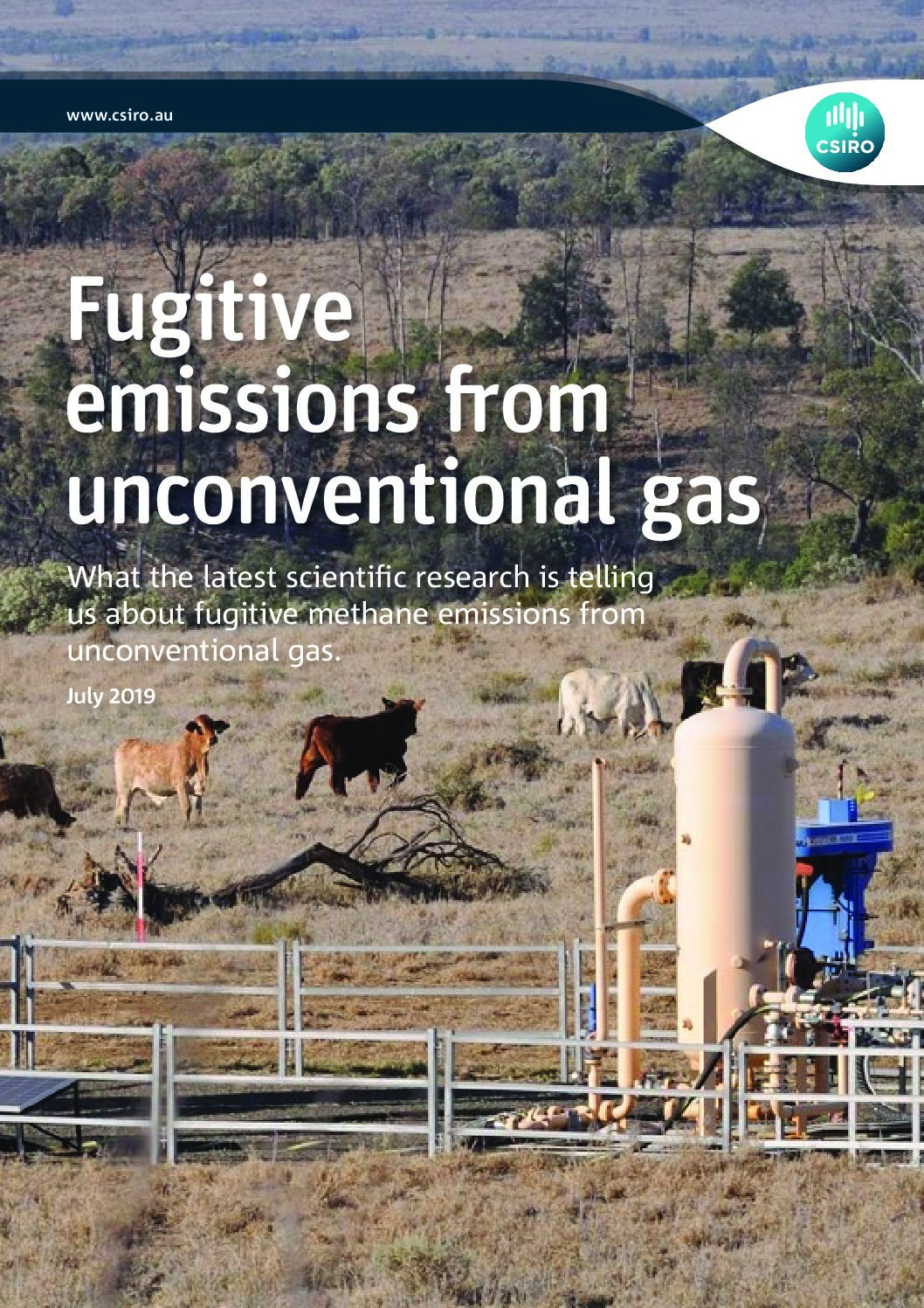 What the latest scientific research is telling us about fugitive methane emissions from unconventional gas. 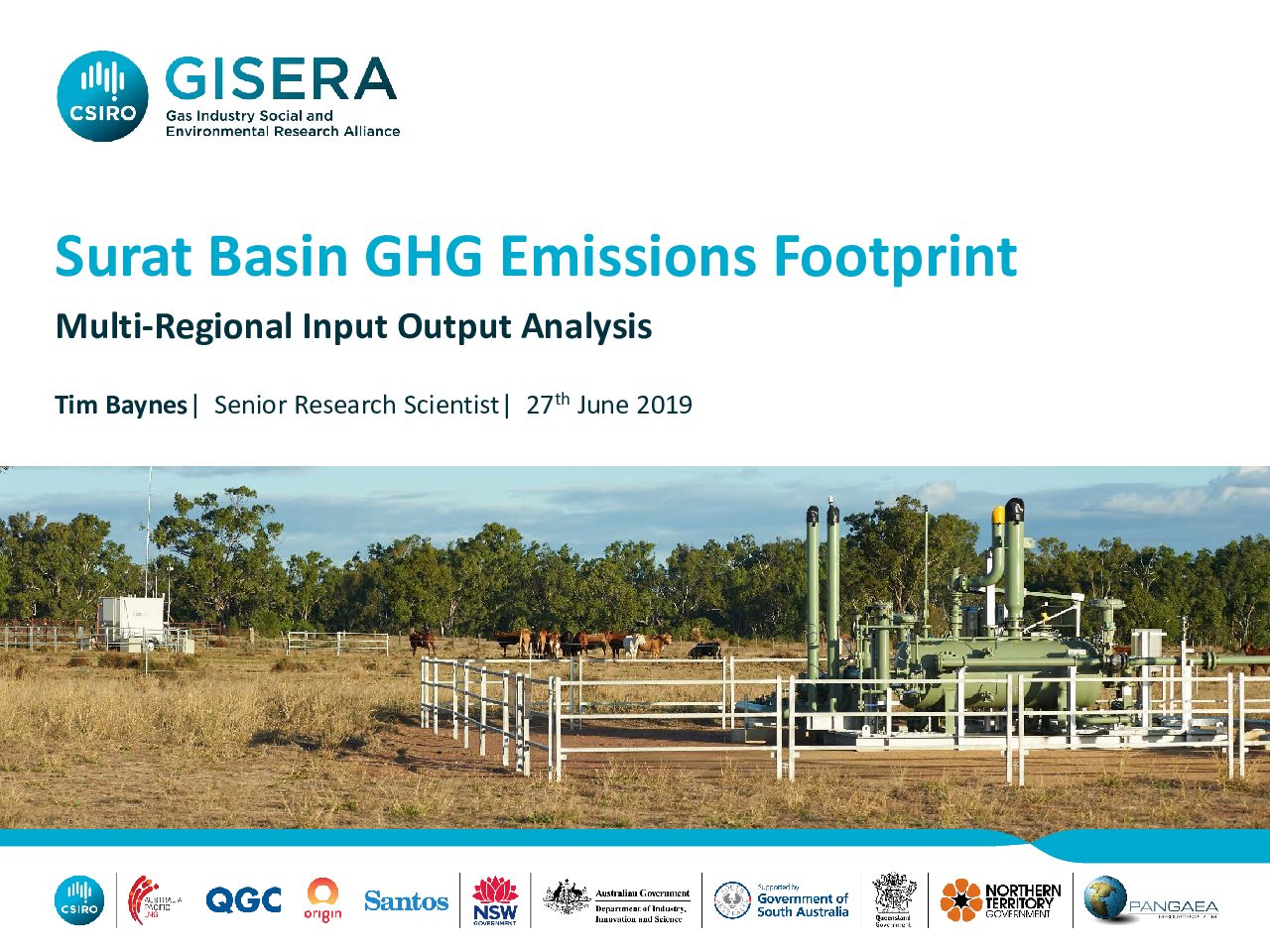 Presentation to the Queensland Knowledge Transfer Session in Brisbane, June 2019. 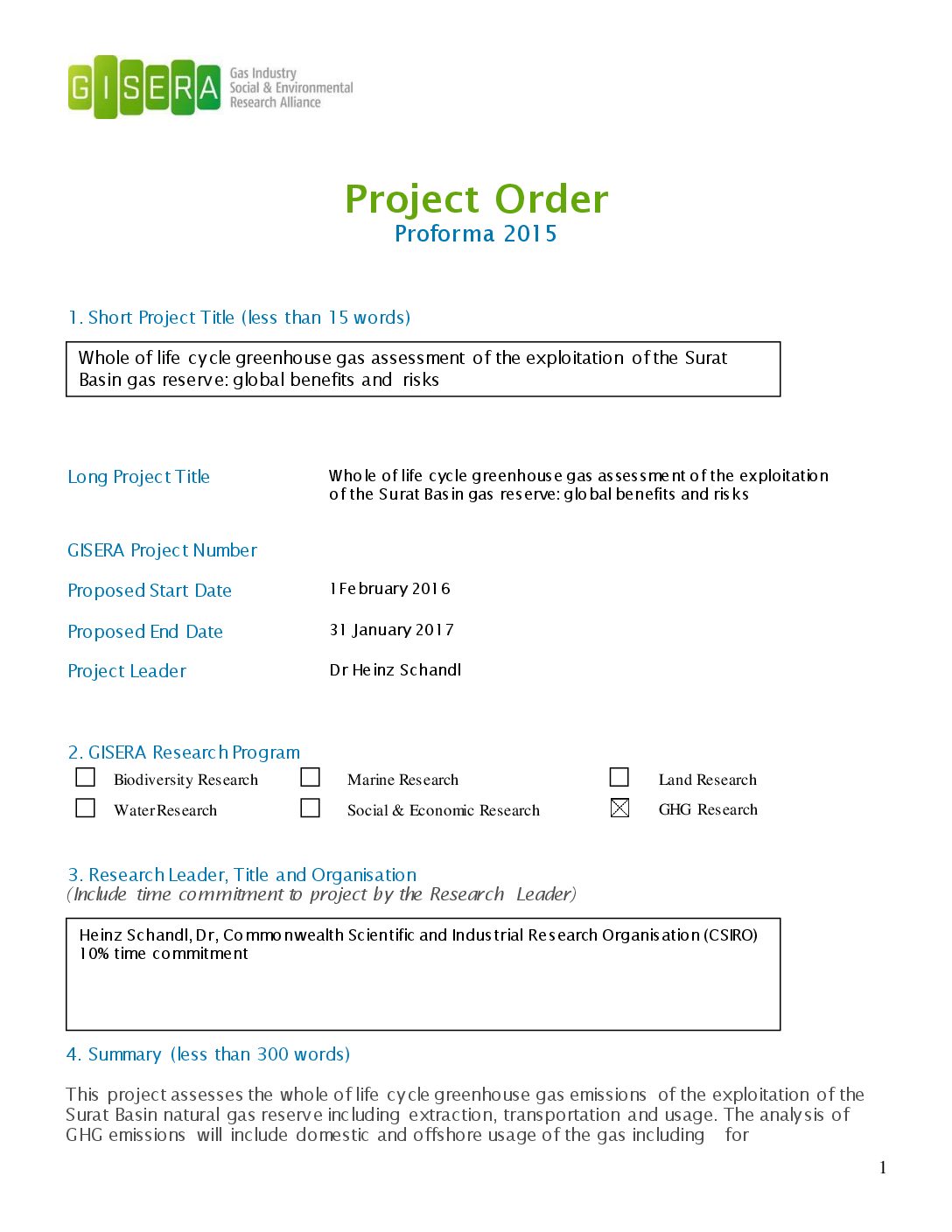 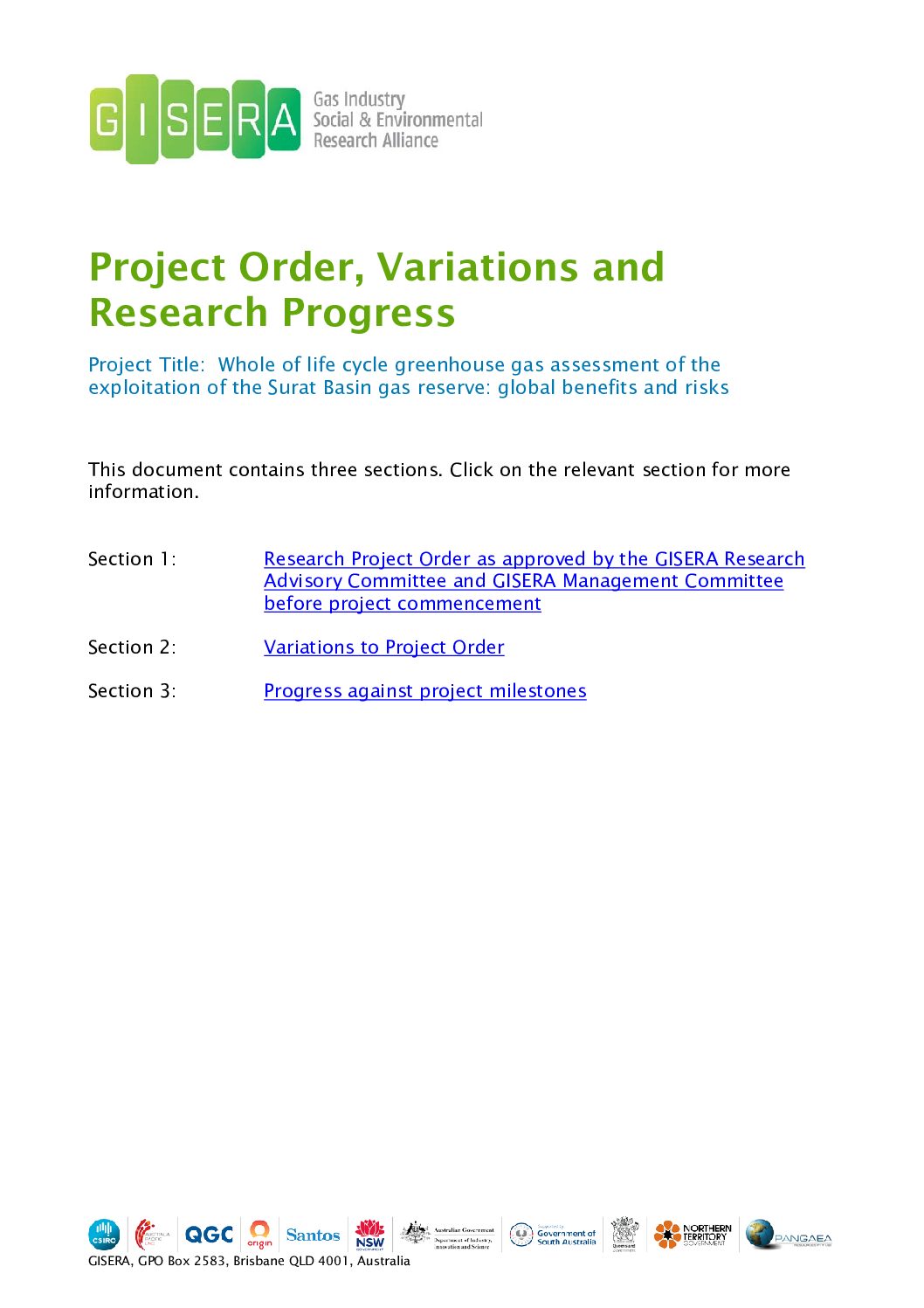